The seaside town of Youghal (in Irish 'Eochaill', meaning 'yew wood') is situated on Cork's eastern reaches, flanking the border with Waterford. The town has a long illustrious and history, with Vikings. Normans, and English all taking advantage of its strategic setting at the mouth of the River Blackwater. In the sixteenth century, the Catholic led Desmond Rebellion in Munster was defeated by forces loyal to Elizabeth I. In the wake of the victory, New English settlers were introduced to large parts of Munster. Youghal and the surrounding areas was one such area to see an influx of new settlers. One of these was an English adventurer, Sir Walter Raleigh, who received some 40,000 acres in the area.  Raleigh held a number of properties in east Munster, including for a time, Lismore Castle. However, it was at Youghal that he left his greatest mark, where he resided whilst serving as the town's mayor in the 1580s at a fine Elizabethan style house known as Myrtle Grove. In the twentieth century the house was home to Sir Henry Arthur Blake, the one time Governor-General of Hong Kong. 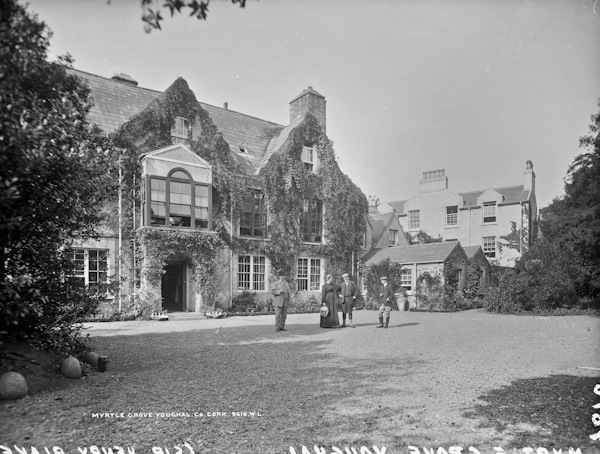 The house at Myrtle Grove is said to date from the 1550s, and predates Raleigh's taking up of residence by some thirty or so years. The house is a detached six bay gabbled, three storey building  and is one of the very few examples of an unfortified Tudor house in Ireland. One of the main characteristics of Tudor architecture was the use of steep gables and tall chimneys, both features evident in the image below. 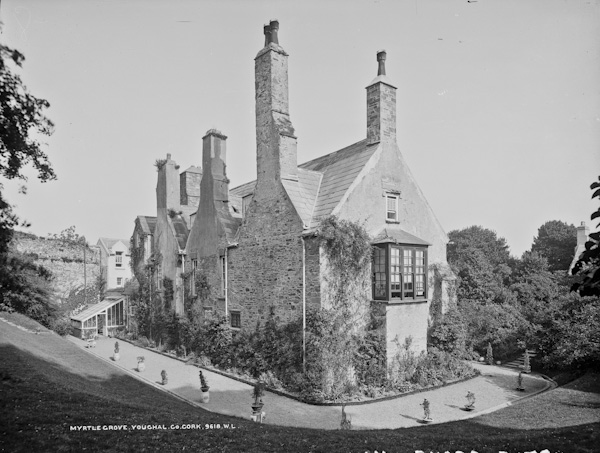 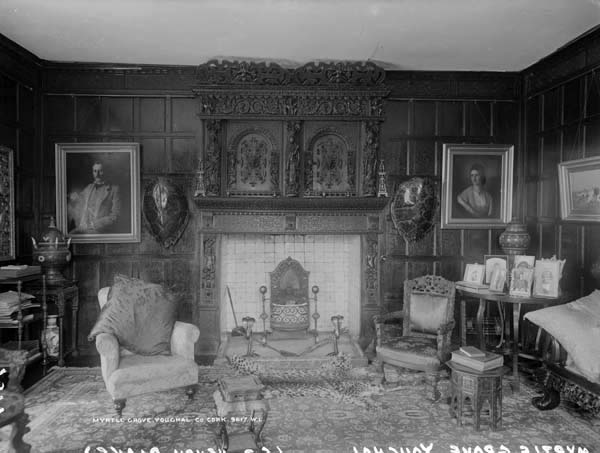 A number of myths have sprung up due to Raleigh's association with Myrtle Grove. One of the most well-known is that which says the first potatoes in Ireland were planted there, Raleigh having planted them upon his return from the New World. Another popular tale recalls a servant of Raleighs dousing him with water, mistaking the never before seen tobacco smoke for a fire! There is said, however, to be some truth in the legend that Myrtle Grove was where the Elizabethan poet, Edmund Spenser first penned the poem 'the Faerie Quuene'. Spenser had acquired land as part of the Munster Plantation, and was a close friend of Raleighs.
Posted by Cormac at 11:05