Templemore Abbey is another of Ireland's lost architectural treasures. This extensive neo-Gothic mansion was destroyed by revolutionary forces during the Irish War of Independence in 1921. The abbey, or priory as it was sometimes known, had been in the hands of a local land owning family, the Cardens. The family originated in the English county of Cheshire but came to Ireland in the wake of the Cromwellian settlement in the seventeenth century. In 1787 the family was raised to the baronnetcy, with the senior male enjoying the title 'sir' from then on. The house seen in the image below dates from the 1860s, and was built on the site of a previous house erected c. 1820. The new house combined aspects of the Elizabethan style with the increasingly popular neo-Gothic, and was complete with battlements, turrets, and pinnacles, all for purely decorative purposes. 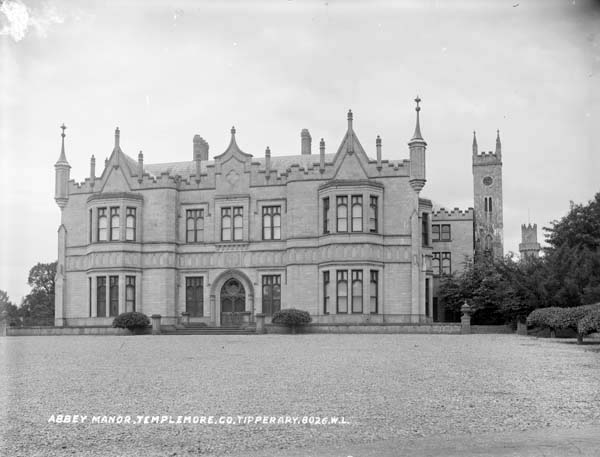 During the War of Independence (1919-21), north county Tipperary was a hotbed of republican activity. In response to this government forces commandeered private properties where troops would be stationed. This was the case with Templemore Abbey where B Company of the Auxiliaries were based from 1920. The Auxiliaries were more commonly known as the 'Black and Tans', due to the colours on their uniform, and came to be especially despised by some locals due to a number of alleged atrocities. When the Auxiliaries departed the Abbey in May 1921, the local brigade of the IRA received orders from the central command, allegedly coming from Michael Collins, to burn the house so as it could not be used in the event of British forces returning in the future. The burning of the house was undoubtedly also a symbolic act of vengeance against the Cardens, themselves a large local land owning family. The house was subsequently raised to the ground; nothing remains save the gate lodge and a partially intact stable block. 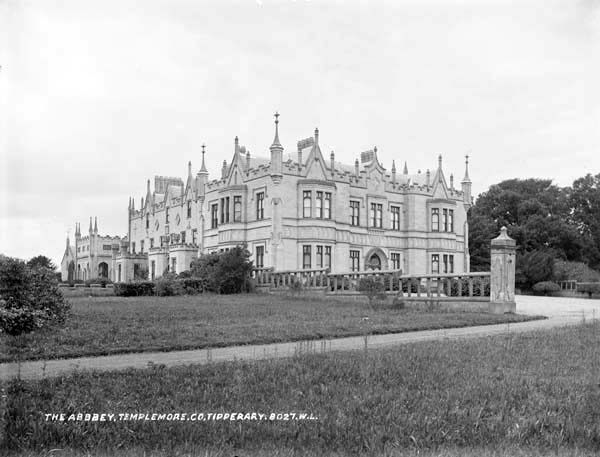 The angle of the image above shows the true extent of the scale of the house, which was said to have comprised some sixty rooms.